Discover what many recording and film studios have known for the past 35 Years— MIT Audio Interfaces deliver the highest degree of signal integrity! 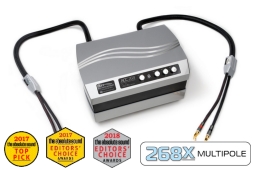 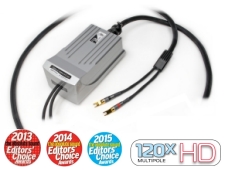 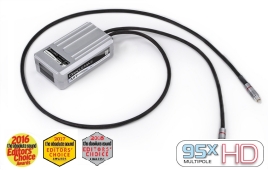 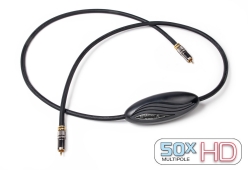 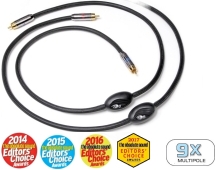 Q: What is Multipole Technology™ and what do the numbers mean?
A: It is the technology NO other audio cable maker can offer – the numbers are “Poles”

MIT Cables’ core audio cable technology is our exclusive Poles of Articulation, named after the fact that every audio cable has a single point where it is most efficient at storing and transporting energy. At this point in the audio frequency spectrum, the cable will articulate best, and represents the cables’ particular Articulation Pole.

Theoretically, if you could use three different cables at the same time, each with a different Articulation Pole, to interconnect two audio components together, you would have an interface with three Articulation Poles; one for the highs, one for the mids, and one for the lows. Together, they would work to transport the audio signal from component to component with more articulation. This is what MIT Cables accomplishes with its patented technology, to a much greater extent, within each engineered interface. We call this Multipole Technology.

About the Graphs: An example using 6X Multipole

About the Graphs: The graphs below are conceptual illustrations representing the bandwidth of the audible range of the human ear. We use these graphs to illustrate how well   cable articulates across this bandwidth. The 50% line serves as our baseline for ideal articulation response. If a cable is over-articulating (above the 50% line), it’s sound might be described as “harsh”, or “brittle.” If a cable is under-articulating, it will be perceived as lacking “detail”, or “garbled”.

Graph A: shows the bandwidth of two Competitor’s audio cables as tested in the MIT laboratory. An example of a Competitor’s cable (Cable 1) sonic characteristic has its Articulation Pole tuned to a lower frequency, and would be described by audiophiles as “muddy” or “veiled.”

Another Competitor’s cable (Cable 2) has its Articulation Pole tuned to a high frequency, and would be described by audiophiles as “bright” or “fast.” Additionally, both cables have areas of “over-articulation” as shown in their respective shaded areas. 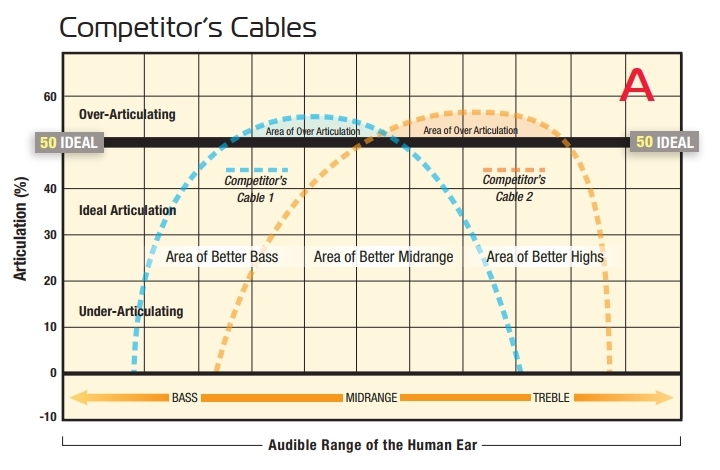 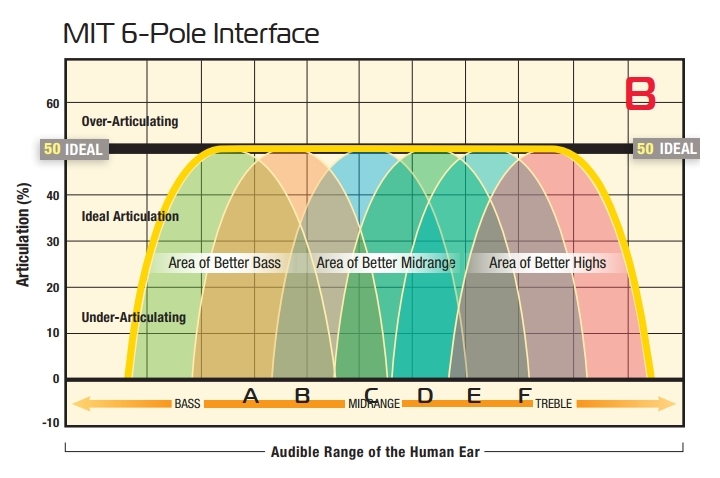 Graph C: This plot directly compares MIT’s 6-pole interface (yellow line) to the Competitor’s Cables from Graph A. MIT’s interface provides a linear articulation response, resulting in a more controlled bass, and smoother, more extended highs along with a lower noise floor –“like multiple cables in one!” 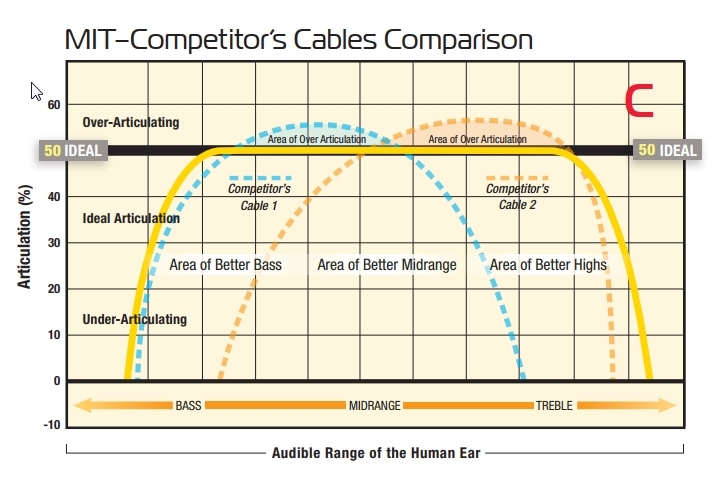 When choosing an interface, look for the Multipole Technology logo with the performance rating indicating the number of Poles of Articulation in each product. This simple feature will help you select the correct performance level for any system, with complete confidence and accuracy.

Why Choose Multipole Technology? – It’s like having multiple cables in one! ™

Multipole Technology is the choice for Audio Expositions, Recording Studios, and the Movies

MIT Cables approaches cabling to properly interface components to operate as a single unit, or “System”.  A System approach creates a single voice from many different contributors, similar to an orchestra or chorus made up of many voices. Similar to tuning an orchestra to a single perfect pitch, properly interfaced components can become more than the sum of its parts. We celebrate with our exhibit partners and all that contributed to creating the sonic experience at each of our collective venues.

MIT’s patented Multipole Technology used in virtually ALL of our Interfaces and Interconnects are requested and used by leading High-End Audio manufacturers to provide the cabling to best showcase their components at every major Audio Exposition earning repeated “Best Sound”, “Best of Show”, “Best Sound of Show” awards over the past two decades. In addition to the High-End Audio industry, MIT Cables Technology has continued use with Grammy Award winning Recording Studios, and Academy Award (and multiple nominations) for  Best Sound and Best Sound Effect Editing with Skywalker Sound.  Skywalker Sound is the sound effects, sound editing, sound design, sound mixing and music recording division of George Lucas’ Lucasfilm motion picture group.

MIT Cables Technology IS available for you to gain the most from your audio and visual systems. Below are some examples of Show Awards and Recognition…